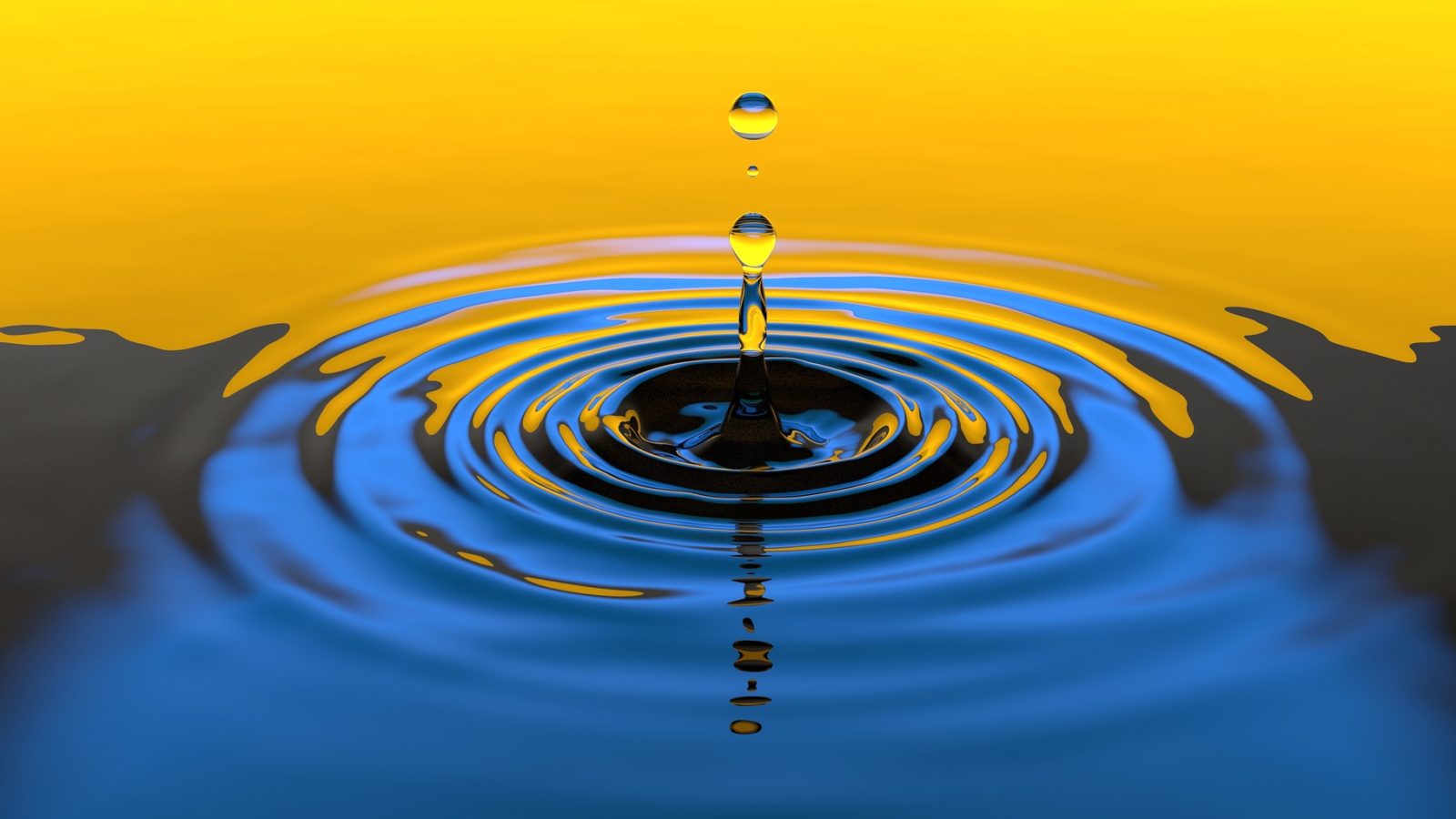 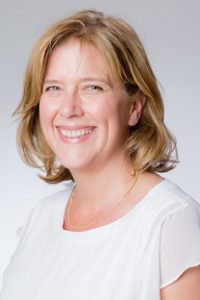 Director
Robin Sclafani has over 25 years experience in developing and delivering anti-bias training programmes for various target groups. With a Masters Degree in Conflict Resolution, Ms. Sclafani uses training and facilitation as methods for transforming social conflict into opportunities for social cohesion. Originally from New York City, Ms. Sclafani came to Brussels in 1998 as a Fulbright Scholar to the European Union.
robin.sclafani@ceji.org 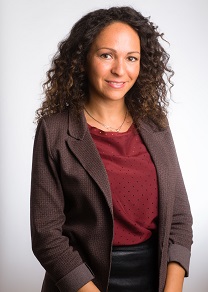 Facing Facts Coordinator
Originally from Rome, Italy, Melissa has extensive experience in managing EU projects. Since its inception in 2011 she has managed and enhanced the European project Facing Facts! – make hate crime visible. Her passion for identity issues, inclusion and communities’ development found a natural fit in the work of CEJI where she also develops and delivers training programmes on issues related to antidiscrimination and hate crime monitoring. She has strengthened the Jewish outreach of the organisation with local Jewish communities and institutions across Europe. With a Master degree in International Relations, before joining CEJI, she coordinated two research projects on Jewish Identity in Italy.
melissa.sonnino@ceji.org 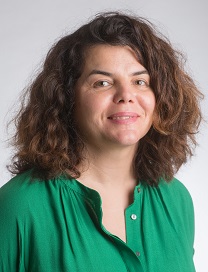 Training Coordinator
Born in France in 1974, Stéphanie graduated from Caen University, where she completed a professional master’s in ‘European Local Development Projects Expertise’ which included an internship with CEJI in 2004. Stéphanie has worked for over a decade in the area of European projects in France. She has developed several courses related to intercultural learning employing non-formal education techniques in Europe, North Africa and the Middle East. Stéphanie returned to CEJI, joining our team in April 2011 as Training Coordinator.
stephanie.lecesne@ceji.org 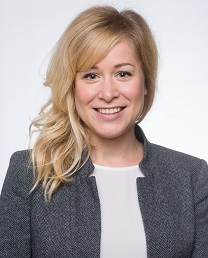 Communication & Policy Officer
Originally from Hungary, Julia studied Marketing and Business Management in Denmark, France and England. After working for two years in Hungary and China in various communication positions, she completed her Master degree in Media and Public Relations at Leicester University, where she wrote her dissertation on ageism in the media. Dedicated to spreading the word of good causes, Julia joined CEJI in October 2016 as a Communication Officer and having worked extensively on the topic of hate speech, she now also works as Policy Officer on hate speech and online harms.
julia.mozer@ceji.org 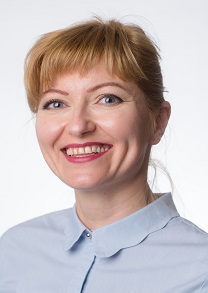 Office Manager
Originally from Timisoara, Romania, Madalina has a Master’s degree in English Language and Literature and worked as an English teacher for several years before relocating to Belgium in 2006. Ever since, she has acquired extensive experience working in HR, Finance and Administration related functions, which she has grown very fond of. She remains passionate about languages and dreams of becoming an author one day. Madalina speaks Romanian, English, French and Dutch. She enjoys multiculturality and feels at home within the CEJI team, which she joined in 2016.
madalina.gherman@ceji.org 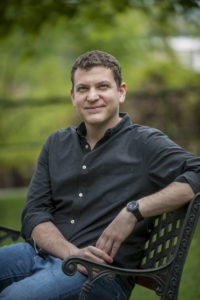 NOA Coordinator
Originally from Hungary, Tamas served previously as the director of the Israeli Cultural Institute in Budapest. Before that, he worked for the Jewish Agency’s Global Leadership Institute, as the director of Minyanim, a network of young community activists from Europe. He holds an M.A. in Law and undertook teacher training in Jewish studies. He also completed the University of Haifa’s Peace and Conflict Studies program, and the Social Impact program of the University of Pennsylvania. In the last couple of years he worked with global Jewish organizations, such as the Jewish Agency, Limmud, the Schusterman Foundation and Rene Cassin.
tamas.buchler@ceji.org 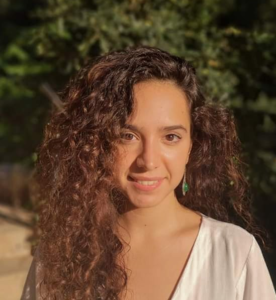 NOA Trainee
Born in Barcelona originally from Mexico, Camila is a graduate of International Relations and holds a diploma in Peace and Gender studies. Passionate about intersectional justice, Camila has worked in the Jewish community in Barcelona and other projects such as Salam-Shalom Barcelona and Women lawyer for Social Justice in Tel Aviv. Currently pursuing her Masters in Euroculture: Society, Politics, and Culture in Global context, Camila is writing her Masters’ thesis on the institutionalization of Intersectionality in the European Institutions.
camila.piastro@ceji.org 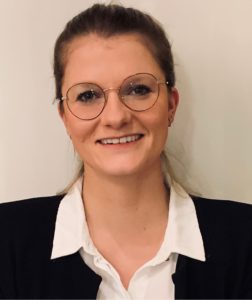 Born in Belgium, Valentine completed her Bachelor degree in law at the University Saint-Louis Bruxelles where she took classes on human rights. Having just completed her Masters degree in European Law at the University of Louvain-La-Neuv with a thesis on new technology in armed conflict, she joined CEJI as an intern with an interest in hate crime, hate speech and discrimination. 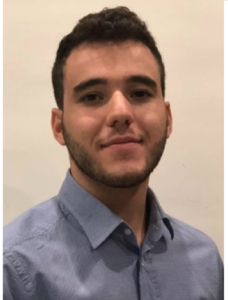 Originally from Rome, Italy, Daniel completed his Bachelor degree in Social Sciences at the Free University of Brussels (VUB) and Ghent University. He followed courses from the Political Science track, focusing mainly on Policy and Data Analysis. He is now attending the Master of Science in Conflict and Development at Ghent University, investigating for his Mater Thesis the women’s role in the Middle East and Kurdish societies. He is passionate about the political and concepts such as violence and politics of development. He joined CEJI as an intern with particular interests in discrimination, intersectionality, and Islamophobia topics.

CEJI Collaborator – ‘Facing Facts’
Joanna Perry is an independent hate crime consultant, research fellow and associate lecturer on hate crime at Birkbeck College, University of London. Joanna’s previous roles include Hate Crime Officer at the OSCE Office for Democratic Institutions and Human Rights, criminal justice policy lead at Victim Support UK, and hate crime policy and performance lead at the Crown Prosecution Service. She has published on disability hate crime and current challenges in achieving a shared concept of hate crime at the international level among policy makers, civil society, practitioners and scholars. Joanna has a Bachelor’s degree in psychology from Bristol University and later gained a graduate diploma in Law from the College of Law, and a Masters in research in law from Birkbeck College.